For Johnny Flash, My Web Audit has meant more than $200k of revenue

Find a way to support client websites built by other agencies without assuming liability for any "hidden surprises" that could be lurking in the code.

Use My Web Audit to surface any existing problems or vulnerabilities in new client sites, so everyone involved has full clarity about needs to be addressed.

"We've done more than 50 paid audits [for leads we previously might have rejected]. The lifetime value of the ones that are now active monthly clients is more than $200,000."

It's what brought him to his first career in church communications, and it's what made the transition to digital marketing services such an easy one.

After all, there's nothing like hearing a client say, "We've got a problem," and being able to swing into action to fix it.

But as John grew his agency, he started to run into a specific situation more and more often—leads were asking for help with sites that his agency didn't create.

"We didn't want to take on the liability of someone else's website build," John explains. "If we started supporting a site and then something broke or got hacked, we'd be responsible for fixing it.

"It wouldn't be our fault, per se, because the issue was already there—but the problem would be there nonetheless, and we'd have to fix it.

"That's when we started to audit leads."

How John uses My Web Audit

Trying to avoid any nasty surprises down the road, John came up with a plan.

"If we had a new client but we didn't build their website, we'd run them through what we called an evaluation and tune-up.

"We had a fancy Word document, with green checkmarks and red X's for about 40 or 50 audit points.

"And so I would pull up a client's website and the Word document, and I would go through and delete either the green check or the red X next to all of the points. Then if a point had failed, I'd type in why it failed and what needed to be done.

"Essentially I was making my own report in Word every time.

"As you can imagine, it was incredibly time-consuming—hours and hours spent over the course of a month.

"Now we use My Web Audit instead—and I can run the report in five minutes, with about 10 minutes of tweaks.

"We charge $497 for this evaluation and two hours of tune-up work, plus a 15-minute call to go over the report and prioritize what we're going to do. We present a list at the end of the report of the issues we've highlighted, with time estimates for us to take care of them.

"It saves us tons of time. It's a lot more professional. And it's a lot more thorough because it's running speed tests and other things in the background. So it's been fantastic for us.

What MWA has done for Johnny Flash

To say John has seen an ROI on his My Web Audit investment is an understatement.

"And when you look at the lifetime value of the 33 of those that are still active monthly clients, it's more than $200,000.

"I know some people use My Web Audit just to run a free audit and "get a foot in the door" with a lead. We do that occasionally, sure. We'll say, "we wanted to review your current website; here's where a lot of the opportunities are." And doing that helps position us. Leads say, ‘Wow, these guys know what they're doing. We want to work with them.'

"But even better, for us, has been using MWA to power those paid evaluations before non-build clients come on to one of our monthly plans. Clients are happy to pay us because they know we'll uncover everything. But then, because they already trust us and they know we can take care of them, they stay on a long time.

In the end, My Web Audit gives Johnny Flash another way to help people.

"We always look for the short-term, quick-fix wins that we can get for the client. Because then we know they're going to stick around to implement some of the longer-term stuff. And I think My Web Audit does a great job of highlighting both of those aspects—everything from "Hey, your calls to action aren't clear" to "Your site is running slow.

"MWA lets us say, "We can do some quick tune-ups to get you some immediate results, and here are some other recommendations for when you need our help beyond the quick fixes.

"And after reading the audit, I've had people say, "You must be the best web designer around. That report was so detailed. You really know your stuff.

"That's not only excellent positioning, but it's a growth formula. We can scale a lot faster because we can take on sites that we didn't build.

"My Web Audit has been a game-changer for us, for sure."

View Other Case Studies Below Or Visit Our Success Stories Page >> 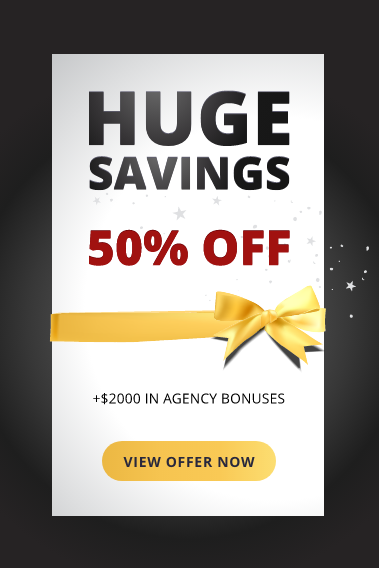 Want to grow your agency?

In this group, you will learn tactics and strategies to grow and scale your agency business.

Inside the group, you'll find: 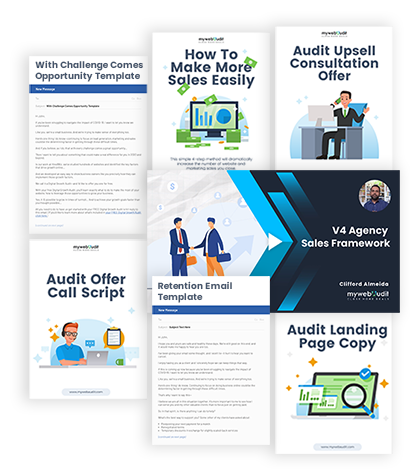